Why does America run on Coffee, Donuts, and Cigarettes?

Say it with me – It’s all in the rhythm.

What better way to trigger his fight-or-flight response than chugging caffeine. 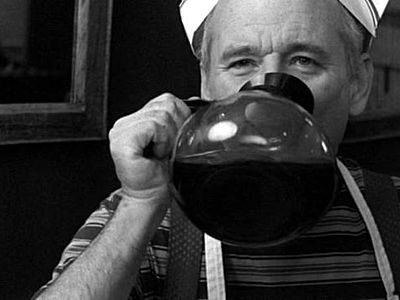 The Cortisol response releases stored sugars into the blood, thinking he’ll use it to escape a predator. He will not.

So now his cells are starving, his blood sugar high, and he starts to feel anxious. Time to reach for that cigarette (further elevating blood sugar and reducing anxiety causing Cortisol).

He gets to work in a mess of hormones, starvation, and anxiety. Oh look! Someone brought donuts.

Eating signals the body to release even more Cortisol (which is now depressed by Nicotine), but an hour later the spike in insulin sends his energy levels crashing.

You can see how this cycle repeats. On, and on, and… 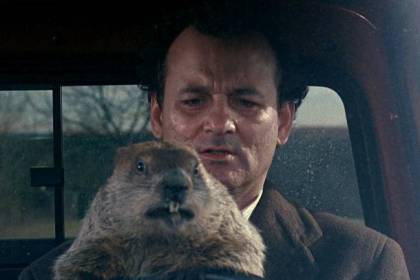 So how do we break this cycle? We eat, and sleep. The right foods at the right time.

Ok first I’ll need you to pull out your schedule, we’re going to meticulously track….

Come on you know me better than that. That kind of scrutiny is not how we were meant to eat.

Simply keep in mind these 4 Ways to Really, Truly Sleep.

We learned last time that Melatonin drives how quickly and deeply we sleep. However, it doesn’t come free. Our bodies have to synthesize it by breaking down Tryptophan. Sorry to those who take Melatonin supplements, but the evidence shows that little if any of it gets into your brain. Don’t buy it. Instead, you should be eating Tryptophan throughout the day. Starting with breakfast. Eggs, Cottage Cheese, Turkey, Fish, Soy, and Pork are all great sources to incorporate.

Nearly every vitamin and mineral contributes something to aid metabolism. In this case I’m only looking at the amino acid Tyrosine. Tyrosine is what your body uses to synthesize adrenaline and is a key driver of metabolism. Chronically elevated Cortisol fatigues your adrenal glands and leaves you burnt out. Instead of taking tyrosine though, look for foods containing Phenylalanine, its precursor. Surprise! They’re nearly the same foods. Eggs, Cheese, Chicken, Turkey, Soy, and Shellfish.

Spikes and drops in insulin have a huge impact on your hormones. To keep things stable focus on smoothing out these spikes. Choose whole grain and high fiber options, limit carbs to 1/4 of your plate, avoid sugar sweetened beverages and include protein, fat, and carbs at all meals. Skipping meals is strongly discouraged.

A little caffeine to start the day won’t hurt, but needing it hourly isn’t a good sign. If you do, stop by 1pm when it has a greater impact on sleep. If you do smoke, avoid the two most common times, waking up and after meals. It may have the strongest effect at these times but it is the most disruptive to hormones. Alcohol causes a large release of Melatonin. A little at dinner is fine but close to bed results in more disruptive sleep. Lastly, get sunlight. Light is one of the greatest signals to keep your rhythm on schedule. If you work indoors make sure you take occasional breaks and walk around outside.

70 million Americans are estimated to suffer from sleep disorders.

A whole nation of Bobs.