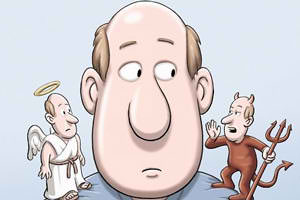 The power of white lies. Those harmless little fibs for the benefit of others.

In the course of ethics white lies are a curious thing. By some definitions, that which benefits the most is considered ethical. On the other hand there is something to be said for ethics going hand in hand with openness and honesty. This debate is as old as mankind itself. Rearing its angry head every few decades when the pursuit of security ends up impeding on our right to privacy. Anyone heard of PRISM lately?

It’s no surprise then that the presence of white coat lies – those that medical experts and professionals use to benefit the most – are rampant in our society.

A few weeks past, Walter Willett, a chairman of Epidemiology and Nutrition at the Harvard School of Public Health, was demonized for his rejection of controversial nutrition studies.

Many claim it’s his clear bias driving his decisions, but is he behaving unethically?

The study in question looked at over 97 separate experiments and found that in most cases, individuals with slightly more weight (but weren’t obese) lived longer than their skinnier counterparts.

That’s good right? In a way it is. This means that weight loss programs need not be as strict. More people can live healthy lives without feeling the need to starve themselves. All good things.

So what was Dr. Willets concern?

Studies such as Flegal’s are dangerous because they could confuse the public and doctors, and undermine public policies to curb rising obesity rates. There is going to be some percentage of physicians who will not counsel an overweight patient because of this. Worse these findings can be hijacked by powerful special-interest groups, such as the soft-drink and food lobbies, to influence policy-makers.

That is the very epitome of a white coat lie, and he’s likely correct in his assumption. If I were to counsel a patient I could use this as a tool, showing them it only took 5-10 lbs to get them to a “healthy” weight. However, the vast majority of the public won’t be hearing this information from Dietitians. I can see the news line now “Fat people healthier than skinny“, ah good old sensationalism. As Willet said, this could easily be hijacked and have far-reaching consequences on the perception of overweight and obese individuals.

So who’s right? I’ll leave that for you to decide. I don’t want my own bias getting in the way.

I will say that somewhere in the chain of information, someone needs to tell the truth. ‘ 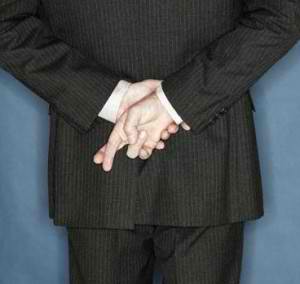 If the Doctor or Dietitian decides not to divulge this information, in hopes of igniting a sense of urgency in overweight patients, that is arguably up to them. But if the people at the top of the spread of information, the chairmen of medical schools and surgeon generals, aren’t honest and transparent then we can’t hope to advance our understanding of medicine. Why do slightly heavier people live longer? Is it because they fair better in sickness? After surgeries? Have more padding to prevent bone breaks? These are all questions that need to be answered and simply suppressing  information isn’t the way to do it.