The strangest thing I’ve learned as a Dietitian is that people really enjoy talking about their bodys functions. The strangest part is that everybody does it, yet in most situations people get nervous and red-faced talking about it. I think being in a medical setting where it’s discussed more professionally helps relive this tension and suddenly you find yourself 30 minutes into a conversation about what they saw or didn’t see in the bathroom that week. Over time you accept that it’s as natural as breathing and nothing to be ashamed of. So, you can bet that when I started writing this weeks guide I had years of questions to borrow from. Not the best read during a meal, but do yourself a favor and bookmark it for the next time you have a couple *ahem* minutes of sitting time.

Q. If digestion takes hours, why do some foods trigger an almost immediate trip to the restroom?

A. This is a question that comes up a lot and many tend to think that the contents coming out are somehow related to the contents that went in. So what’s really going on? To start I want to mention that digestion generally takes between 24 and 36 hours from the time you eat to the time it’s ready for elimination, there’s no shortcut for this, just like riding an escalator. 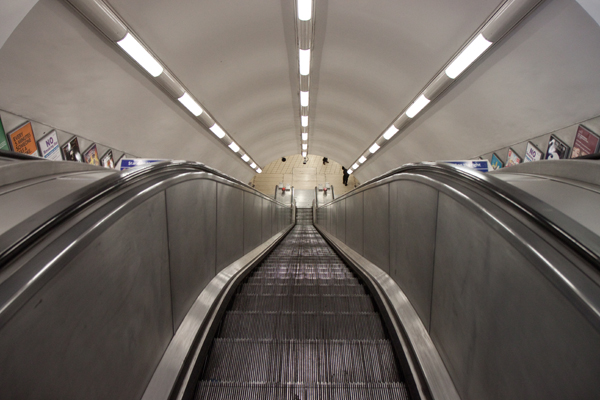 First in, first out. What’s happening is that our bodies have what’s called the gastrocolic reflex. When food goes into your stomach, the stomach itself is stretched. This stretching triggers electrical signaling that travels to the small and large intestine and spark contraction-like movement called peristalsis. What can happen is that the peristalsis moves contents that aren’t 100% finished being processed. To add to that, another type of chemical signaling can occur in response to toxic or irritating materials, like really fatty or spicy foods that people tend to associate with an urgent trip to the bathroom.

Q. How do antidiarrheals work?

A. This question has a handful of answers since there are different types of treatments. The first most commonly known are Mu Recepter Agonists. These are medications like Immodium and Lomotil. What these do is bind to muscles in your colon responsible for the peristalsis mentioned earlier, and make them less active. Actually if you’ve ever had to take morphine or vicodin and ended up with constipation, it’s really the same chemical process. Imodium is essentially an opiate that can’t cross the blood-brain barrier, meaning it can’t get you high. The second most common way to treat diarrhea is with fiber supplements. In the hospital we normally use either Metamucil (psyllium husk) or banana flakes. Insoluble fiber isn’t broken down like food is and acts sort of like a sponge for water. Both of these treatments works by helping tie up excess water in the stool, the medications by slowing things down (allowing the body more time to absorb it) and the fiber by absorbing the water. Bismuth based OTC treatments like Pepto Bismol aren’t all that understood as to how they help, possibly through a combination of absorbing bacterial toxins and acting as a mild antibacterial. They can turn the stool black though so be aware of that.

Q. How do laxatives work?

Q. Why does lactose intolerance cause gas, bloating, and other problems?

A. I did a thorough writeup on lactose intolerance or lactase insufficiency a while back in my post An Allergy That Wasn’t, so you can go back and check that out if you missed it. To summarize, people who suffer from lactose intolerance lack sufficient amounts of the enzyme lactase needed to breakdown milk sugar. The undigested sugars disrupt the osmolality of the large intestine and pull extra water in. The gas and bloating comes from bacteria that have a massive feast on the undigested sugars and release gas as a byproduct.

A. This is easier answered by the Bristol Stool chart below. Not to make you squeamish but the average length should be about 12 inches a day,  which could be 2×6 inch or 1×12 but proper elimination should take place every 24-36 hours, just like the time schedule for food digestion.

Q. When should I be worried about a change in color?

A. I’ll preface this by saying if you are ever unsure or worried, you should go to a Doctor as certain situations can be life threatening. Most commonly the two you want to watch out for are Red as in traces of blood, or what we call BTS (Black Tarry Stool). Although as I mentioned black stool can be caused by Bismuth medications or excessive NSAID use like Advil, it can also indicate a GI bleed in the esophagus, stomach, or upper intestine. The color is essentially from the blood being digested. Seeing actual traces of blood are indicative of either color/lower GI bleeds or possibly hemorrhoids. For the most part the rest of the colors are safe, yellows and mild greens are usually bile (which is normal) or I’ve heard green tea before. Red can be caused by beets and beet juice. Orange by lots and lots of carrots or similar carotenoid rich fruits and vegetables. Typical colors range from clay to dark brown, if you’re wondering. See the chart below for possible other causes of unusual colors.

Q.Why do some countries squat instead of using a traditional toilet?

A. You’ve probably heard that the inventor of the modern toilet wasn’t a doctor, but a plumber. The design is meant more for relaxed sitting than quicker elimination. Studies now show that countries that have squatting style elimination are at lower risk of colon cancers, hemorrhoids, and intestinal tears. The reason being that squatting puts the intestines into a more aligned position that reduces the pressure needed to let things out. The topic elicits giggles from most Americans, but this more natural method is gaining traction. Your toilet should be lower rather than taller, this helps align the pelvis in a squatting position, and you should seriously consider getting something like the Squatty Potty to raise your feet. 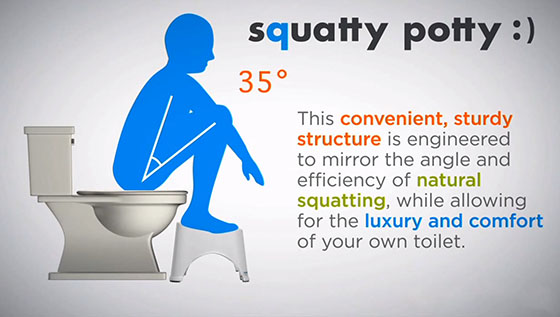 Ok you can go ahead and let out your giggles, but next time you’re on your thinking chair, remember that you could be causing yourself harm down the road.

Share this with your friends if you want to watch them squirm, any more questions can be submitted in the comments below!

Be Good To Each Other.