You’ve probably heard about the insane number of startups grabbing funding lately. What you might not realize is that the fastest growing areas for startups are Food and Healthcare.

Despite the computer, internet, and smartphone revolutions these two fields have been largely immune from the benefits of technology, mostly for the worse. There is incredible potential for integrating medicine with technology, and using it as a subtle teaching aid in the process.

We are literally sitting on a $1.2 trillion US food market that’s just barely been disrupted by technology. So what’s really holding it back? You could blame it on developers, or perhaps the complexity of biology and nutrition, but if you really dig down it becomes painfully clear that the barriers are mostly legislative.

If you’re unfamiliar with HIPAA, it stands for Health Insurance Portability and Accountability Act. For most of us in Healthcare we think of HIPAA as laws that govern patient confidentiality, which is partly true. HIPAA encompasses a set of goals that include, among other things, lower administrative costs, patient rights, and maintenance of healthcare.

HIPAA has, to some extent, become it’s own governing body. More often I think of it as the “FDA for Healthcare” simply because they dictate so much of what can and can’t be used for patients.

A recent study showed that a whopping 97% of patients are OK with their doctor using technology during their consultation and for follow ups (source). Yet many doctors fear they will run into legal issues with HIPAA if they do so.

You start to see why there might be a problem with HIPAA being a little too hungry, and by hungry I mean overbearing.

Look around at the apps being developed for nutrition; Weight Watchers, Fooducate, My Fitness Pal. All of these are great apps, yet they aren’t allowed to offer advice to patients with actual medical problems, like Diabetes or Kidney Failure (officially at least). If they did, HIPPA would jump down their throats and demand costly medical approval that most of these companies won’t bother with, so these patients get ignored.

Recently, the government has attempted to ease complaints by pledging to make HIPAA easier to understand for these companies.  Meanwhile we have parents scraping together their own apps for tracking blood sugar  because they’re tired of wading through the red-tape while their children pass out on the soccer field (source). I think with the rate technology is advancing we’re not far from witnessing a massive clash between legislation and consumer technology. 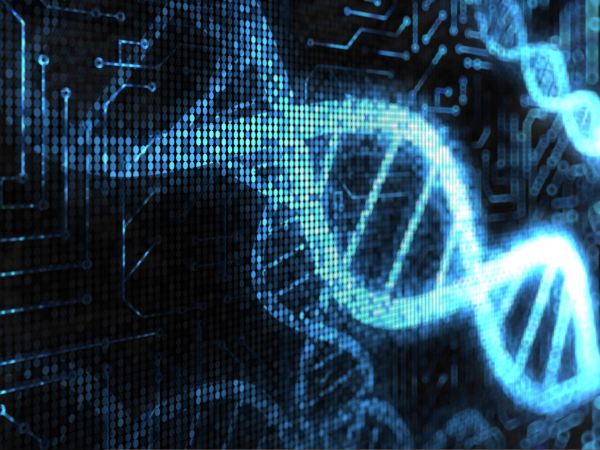 Look I’m all for patient protection and maintaining security, but the problem is technology is almost like a living thing. In my mind, technology is like a step of evolution, it’s our way of enhancing ourselves faster than biology can enhance us. To hold it back just because it’s new is like cutting off your hands so people don’t replace horses for cars, since cars can be dangerous. If more people are hurt by their own DIY healthcare than would have been hurt letting these companies develop their products, then what’s the point?

I applaud the effort to try and make HIPAA easier to understand, but perhaps what we really need is for HIPAA to better understand startups. Most of these companies aren’t looking to build products for the hospital, but products that help consumers, so why do they need to meet the specifications for hospital-grade equipment? There’s a reason healthcare is so expensive, and this type of overshadowing is an ever growing factor.

So what can we do to help?

1. Well for one keep using these apps. By supporting the companies building these products you give them more funding to use towards future development as well as lobbying. There’s a reason Google has become one of the largest lobbying corporations in the past few years. They realized that pushing the limits of technology takes more than just customers, it takes money spent drumming up legislative support.

2. On top of that, leave reviews for the apps and always include something along the lines of “I wish there were more features for diabetes management”. Developers do read reviews, and with enough support they’re more likely to jump through the hoops of HIPAA.

3. Lastly, press your doctors to embrace technology. Ask if they recommend any apps, or fitness trackers, you might be surprised how many are interested but haven’t had the chance. Doctors and nurses have powerful unions, if they see the demand from their patients they are more likely to lobby for consumer health technologies.

It won’t happen overnight, but with a little effort we can work towards a world where our healthcare advances as fast as our smartphones.